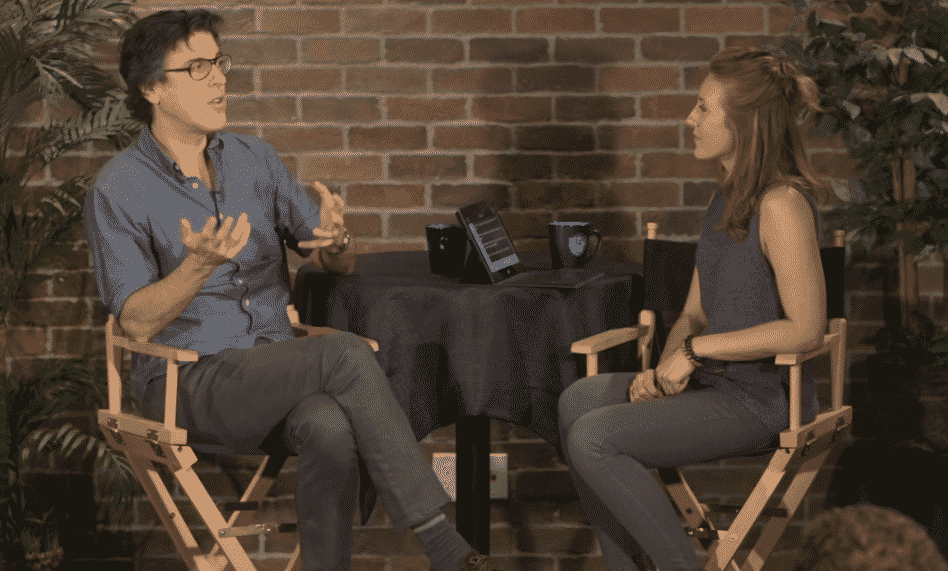 Running an interview or a panel can be a tricky thing. It can be an author promoting their new book, a celebrity sharing their story, or even an entrepreneur detailing their rise to success. For the interviewer or moderator in such cases, there's a lot to juggle.

Among the slew of concerns, you've got to make sure that things run smoothly, the content is relevant, and the audience doesn't get bored. Is the audience getting the most enriching experience? Are the guests and panelists getting the most out of their appearance and participation? Then, when things are over, what happens next?

For the Los Angeles-based How We Make Movies, a one hour interview web show and podcast highlighting independent filmmakers and their latest projects, MeetingPulse was able to help ease these pain points and take the show to the next level. Interviewers and moderators have a lot on their plate.

First, you've got time constraints. You need to keep things moving and cover all the topics and information that creates the value that the viewers and audience members expect. You may have to take questions from the audience, which means passing a microphone around, thus adding another layer of Audio/Visual concerns. If you're answering audience questions after the fact, hopefully your audience members have remembered the question they wanted to ask.

If your audience is savvy to social media, you'll need to screen a Twitter feed or email inbox to vet their questions. Not to mention, there's a possibility that more bashful audience members may not be willing to raise their hand and stand up in front of a crowd.

It's also not uncommon for organizers to give away a prize as a device to pull more people into the audience. So now you're tasked with giving away small paper raffle tickets or, even worse, manually drawing a name from a pool of ticket holders or email addresses.

When the event is finished, what then? How are you going to keep your audience members and guests engaged with each other after the fact. How We Make Movies gave MeetingPulse a try.

"HWMM has a digitally savvy audience who loves to participate during our events." says host Amanda Lippert. "We get real-time feedback and a way for audience members to ask questions live during the interview without having to stop and deal with pesky microphones and extra camera angles. It gives them the chance to get involved and be heard, and get the real answers they're looking for from guest panelists and industry professionals.

"The show generally gives away a cool tech product each event, and since Microsoft Surface is a sponsor, there was a natural fit getting the audience to engage: "We also do a give-away during each event with a gift from our sponsors - this has been a great way to eliminate the process of handing out raffle tickets, which is time consuming and usually creates litter.

"When things are all wrapped with the show, MeetingPulse helps the momentum of audience engagement. "The auto-fill twitter feature also helps them keep the conversation going outside the room. Overall, it has been a seamless way to save time, encourage participation and generate feedback. Best of all - the audience loves it, because they don't have to download anything!"

Contact us to find out how MeetingPulse can help you.

More about MeetingPulse and We Make Movies:

See MeetingPulse in action for a Q&A Segment

How We Make Movies is a one hour interview web show and podcast highlighting independent film makers and their latest projects. The interviews are filmed in front of a live audience of independent film makers and film students. The show is produced by the indie collective, We Make Movies and sponsored by Microsoft Surface, Assimilate, Moviola, Canon, Krave Jerky and Pretzel Crisps. Episodes are released biweekly on YouTube and iTunes.